Sjöströmska String Quartet is a string quartet from Sweden which was founded in Gothenburg 2007. Several successful concerts and tours have made them an established chamber music group. Their warm-hearted musicality and focused attitude has given them scholarships from Swedish foundations like RSK-the Chamber Music Association and the prestigious award Vertavoprisen from the Norwegian string quartet Vertavo Quartet.

Since a couple of years Sjöströmska String Quartet has started to discover a new way of working with classical music, by doing collaborations with other arts. That has led to for example the stage performance ”Stråkkvartett i Vardagsrum”, a performance that Sjöströmska went on tour with fall 2014. The tour was organized by NorrlandsOperan. Several more art collaborations are planned for the coming seasons.

The quartet has developed greatly through several master classes with the French quartet Quatuor Debussy. Apart from guiding Sjöströmska String Quartet further in the art of quartet they have given them the opportunity to perform in French radio and in several festivals. Other important mentors are Øyvor Volle and Vertavo Quartet who continuously has given support and guidance. Sjöströmska String Quartet have also had the privilege of having lessons with Hatto Beyerle, former member of Alban Berg Quartet. 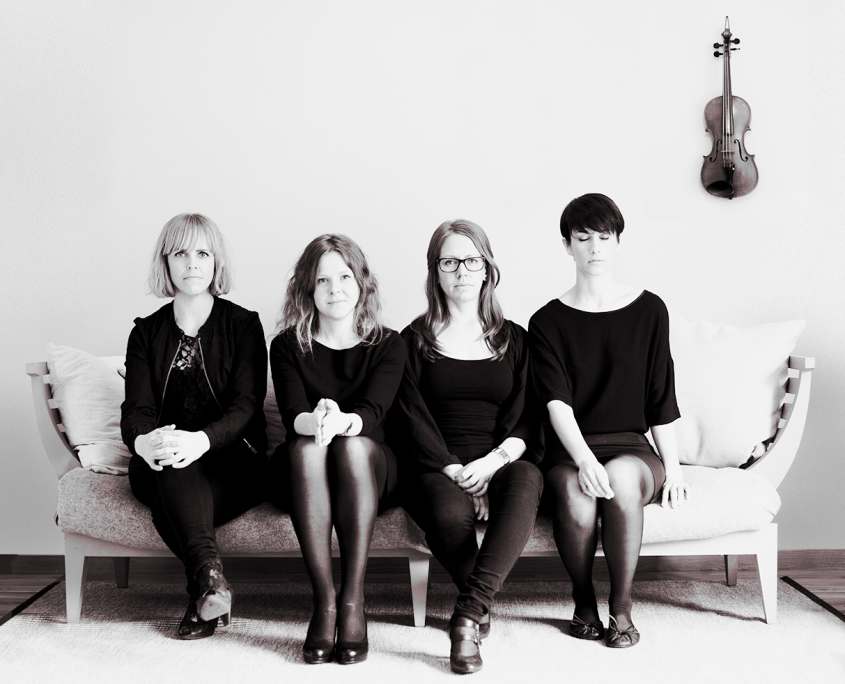